This 4.5 acre neighborhood park in Northeast Mansfield has a fishing pond, playground with swings, looped walking trail and two pavilions.

This 4.5 acre park was built and dedicated to the city in 2008 by Watercrest at Mansfield through the Park Land Dedication Ordinance. The grand opening and dedication was held on February 28, 2011.

In June 2017, the City added a set of swings, prompted by a letter from a kindergarten student in the neighborhood. Her impassioned plea prompted swift action, and the civic advocacy is appreciated by visiting children still today.

In 2010, the park naming committee recommended the new neighborhood park “Donald R. Barg Park” in appreciation of his years of service and commitment to expanding and developing the Mansfield parks and recreation system for the benefit of generations of residents and families

Donald R. Barg was instrumental in educating Mansfield residents on the benefits of a half-cent sales tax dedicated to the development and improvement of parks and recreation facilities.  When the Mansfield Park Facilities Development Corporation (MPFDC) was established in 1992 following voter approval, Barg was appointed by the City Council to serve as one of its original board members. He served consecutive terms as the board treasurer and supported parks and recreation for 16 years, retiring from the board in 2008. 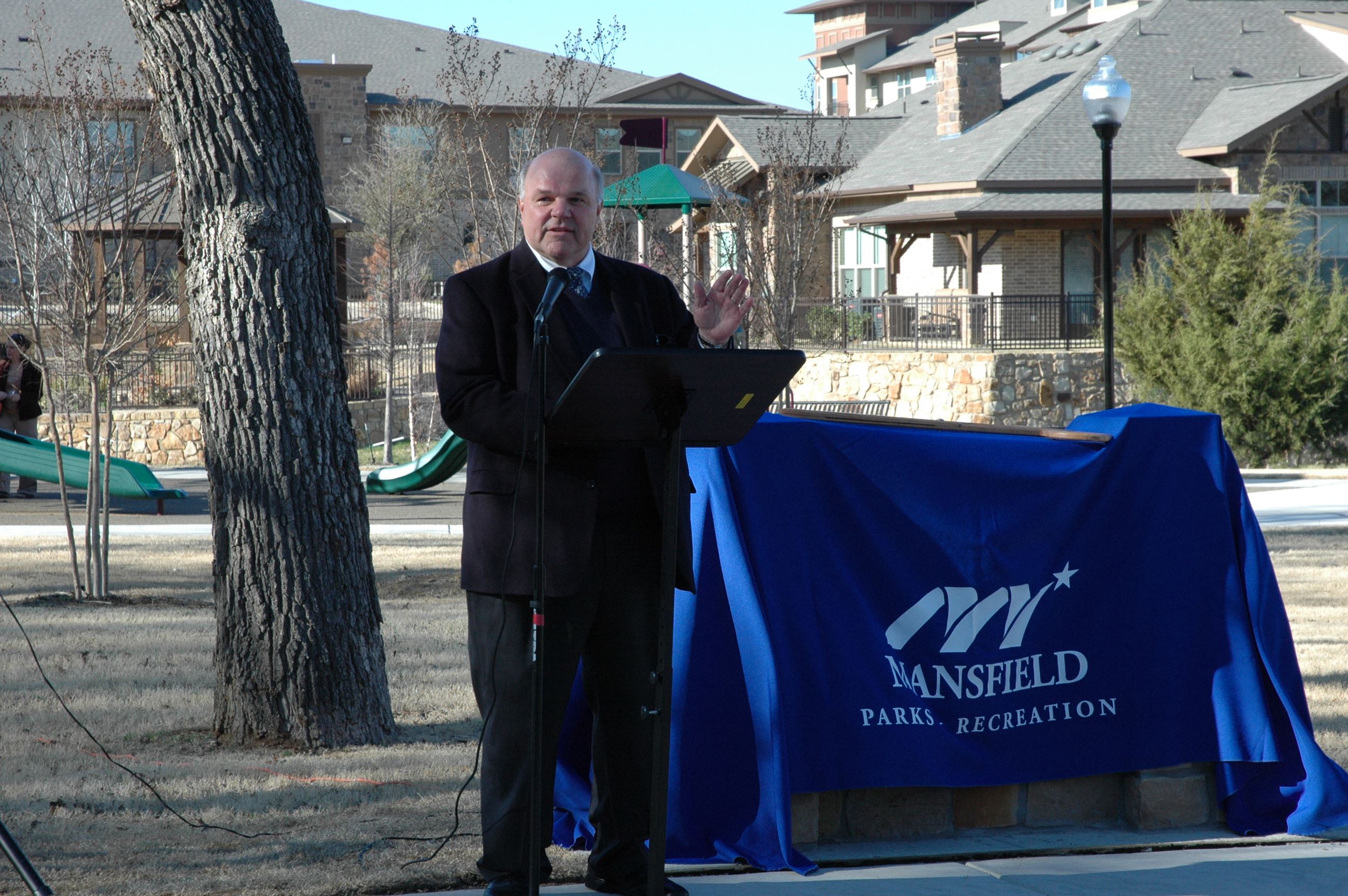