To pioneers who packed their covered wagons and moved to Texas in the 19th century, a death in the family meant a loving burial. The best carpenter made the coffin and the ladies would line it with the best black cloth available. It was the duty of the neighbors to "sit up" with the deceased until the funeral and they also dug the grave for burial. If the family could afford, a marble tombstone was placed at the grave; otherwise, it was marked by a sandstone rock, or simply remembered as being located so many paces from the large oak tree. Many marked graves with wooden markers, a rock, or iron rod. Many also decorated the graves with sea shells, brown snuff bottles, and insulators from telegraph lines.

Cemeteries were first called graveyards because they were kept as clean as the settler's yards. Early family graveyards were located on a hill or a rise. Folklore says the dead would overlook and protect the family.

Many cemeteries were located near the neighborhood church. Clusters of cedar trees were planted where "big dinner" tables were built between the trees. All the neighbors shared the meal after church or during the graveyard "cleaning" days.

In the early days, a "Salt and Pepper" graveyard meant that whites and blacks were buried in the same graveyard, usually separated by a fence. This custom was started during slavery.

Wrought iron fences placed around family plots probably meant that these people were in the "top rung", or "in the money". Nearly all graves faced to the east, as some religious beliefs dictate. In some graveyards, undesirable people were buried facing west and even facing down, so they would not know when Gabriel's trumpet was blown. 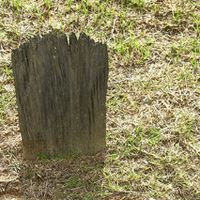 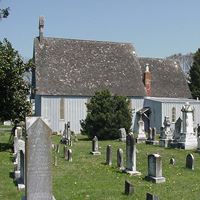 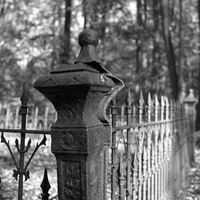