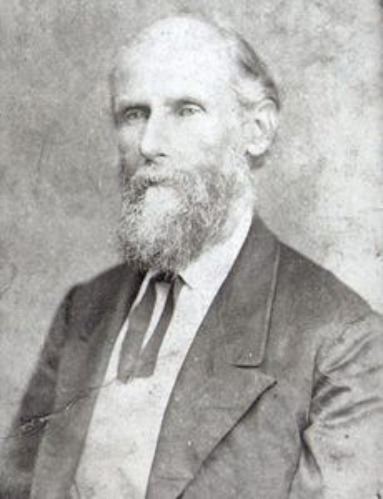 Ralph Sandiford Man was born on November 21, 1825 in Charleston, South Carolina. He was the youngest child of John and Catherine Norton Man. The Mans were English immigrants who came to America sometime before 1815. Hearing rumors of wealth and adventure, Man at the age of twenty-two decided to leave home and go west. He first went to Georgia then Louisiana and finally to Harrison County, Texas in 1850. In Harrison County he met a man by the name of Julian Feild. They befriended one another and soon left Harrison County to seek more adventure. They arrived in Fort Worth in 1854. From previous training, Man maintained mill buildings as his main skill. In Fort Worth, Man, Feild and a man named Mock built the first mill in the town. It was a water mill and ground both corn and wheat. It fed off the Clear and West Forks of the Trinity River. However, due to several years of drought in the area, the mill failed. Refusing to admit failure, Man and Feild began heeding to rumors about a settlement southwest of Fort Worth known as Cross Timbers and Walnut Creek. In 1859, Man and Feild traveled to this fertile area. With the help of a local brick layer, Samuel WA. Hook, and land from William M. Simpson, Man and Feild built the first three storied, brick, steam-powered mill in the state. The mill opened for business in 1860 at the corner of Water and Broad Streets. The town that grew around the mill became known as Mansfield, taking its name from the two men that built the mill.

After completing the mill, there was still something missing for Ralph Man. He soon traveled back to Harrison County, Texas where he re-acquainted himself with the Boisseau family. He met and soon fell in love with Miss Julia Alice Boisseau, the younger sister of Henrietta Boisseau-Feild. The two married on December 30, 1863. Ralph and Julia had two children, Walter Boisseau Man and Julia Alice Man. Man began building his home in 1866 and completed the historic landmark in 1870. The R.S. Man house still stands and remains a historic landmark. Julia Boisseau-Man passed away August 29, 1868 and their daughter Julia Man passed away in 1872. He took the loss of his wife and daughter very hard and became more of a recluse. Ralph Man was always described as a quiet and reticent man who was musical and loved nothing more than a good book in his home.

Ralph Man married Sarah Jane Stephens in 1870. They had four children, Norma Lillian Man-Prichard, Edwin Norton Man, John Man and Roy Stephens Man. Man was again left with the task of raising his motherless children alone when Sarah died November 9, 1880. Ralph Sandiford Man passed away November 18, 1906. He, along with his two wives, four of his children and one granddaughter are buried in the Cumberland Presbyterian section of the Mansfield Cemetery. 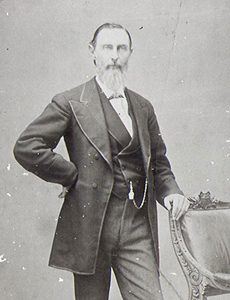 Julian Feild was born on August 14, 1825 in Meckelemburg County, Virginia to Robert and Frances Ann Feild. Julian and his brothers, Robert William and Alexander Shaw, were orphaned in 1840, and sent to Fayette County, Tennessee to live with relatives. Julian soon found himself in Virginia where he met and married Henrietta Roberta Boisseau on November 29, 1842. Feild brought his family to Harrison County, Texas and soon befriended a man named Ralph Man. The two became great friends and business partners. With Man, Feild brought his family to Fort Worth in 1854.

Julian Feild brought many firsts to Fort Worth, Mansfield and Tarrant County in general. With the partnership of a Methodist preacher, WJ. Masten, he set up the first general store in an abandoned army cabin. Feild was also the first postmaster of Fort Worth. In April of 1854, Feild and nine other Masons met in his store and organized the first Blue Lodge. This was Lodge No. 148, and the first stated meeting was on April 21, 1854. Feild was the first Worshipful Master. In 1857, the first Masonic Hall was built at East Belknap and Grove in Fort Worth. The Masons met upstairs and the lower floor was used for school and church. Julian Feild was one of the leading campaigners in 1856 to move the county seat of Tarrant County to Fort Worth. An election was held in November of 1856, and although Fort Worth received thirteen more votes than Birdville, Birdville remained the county seat until 1860.

With the partnership of Man and Mock, Feild helped finance the building of the first grist mill in Fort Worth. As stated earlier years of drought brought failure to the water powered grist mill. The mill was abandoned. Around 1860 Feild and Man came to the area known as Walnut Creek and Cross Timbers. Together, the two men hired local help and built the first steam powered grist mill in Texas. A great abundance of business came to them for several years. The mill filled large government orders, and wagons came from as far as the Rio Grande. Captain Feild and Man were exempt from military service in the Civil War because they needed to keep their flour mill grinding wheat for the soldiers.

Across Broad Street, from the mill, where the McKnight building presently stands, was the Feild and Man Mercantile Store. It was the first store of its kind in Mansfield. Julian’s wife, Henrietta, was in charge of Mansfield’s first and, for many years, only inn. Their home and inn faced south in the block formed by West Broad Street and First Avenue.

Captain Feild was physically big, decidedly optimistic, and liked to take an active part in organization and secret orders. Feild operated wagon trains after the Civil War, but there is little knowledge of his activities. The "Feild’s Freighters" operated in West Texas as far as Fort Belknap and Fort Griffin. They also went into Indian Reservations in Indian Territory in Oklahoma and New Mexico Territory.

No one is certain of the time of Feild’s departure from Mansfield, but it is said that he was drawn back to the "elegant functions" and society of Fort Worth in the late 1870s. Records show that he served on the Fort Worth Board of Aldermen in 1884 and 1885. He served as Fort Worth postmaster once again in 1885 and he was also one of the signers of the 1890 plat of Mansfield.

Henrietta passed away in January of 1883 and is buried in the Oakwood Cemetery. Julian Feild left Texas for California around 1890. He married Ida Adelaid Major in March of 1885. The couple had three children, Major Coke, George Major, and Florance Major. Julian Feild died September 7, 1897. He and Ida are buried in the Mount Hope Cemetery in San Diego, California.

By Vern Raven, for the Mansfield Historical Society

I thought this was interesting when I ran across it in some documents that were recently donated to the museum by William Huber, of Fort Worth, the great-great-great grandson of Julian Field, one of our city’s founders. This bit of genealogy, as shown below, was written by Theodore Field Morton, great grandson, and was taken from the reference at the bottom of this article. You might note that Field is spelled two different ways by the family.

The name of Field is an ancient and honorable one in England and can be traced far back to the Norman Conquest. The family name Field is one of several, such as Wood, Hill, and Lake, derived from locality, and signified land on which the timber had been felled. It was originally written de la Feld or de la Field but about the middle of the fourteenth century, in consequence of wars between England and France, the English de la Felds or de la Fields dropped the French prefix and ever after wrote their name Field of Feild.

The fact of the name being hereditary in the family as early as the middle of the tenth century and probably at a still more remote period indicates a so-called Norman origin since there were no strictly hereditary surnames in England before the conquest.

This family was originally in Alsace, near the Vosqes Mountains, where it was seated at the Chateau de la Feld, near Colmar, from the darkest period of the middle ages. The Counts de la Feld were the once powerful proprietors of the demesnes and castles near Colmar of which the later still bear their name. These lords had large possessions in Alsace and Lorraine and are frequently mentioned in the wars of those countries. The Croix d’Or of La Feld, their ancient badge, is still the coat of armor of the Delafields. There in the cathedral in Colmar are buried De la Felds who were the chief patrons of that church.

At the time of William the Conqueror’s invasion of England many French knights with their retainers were invited to join the Viking Normans with promises of rewards in land according to the amount of support they gave. Sir Herbertus de la Feld was one of those French knights.

Sir Hubertus de la Feld was the first of his family to immigrate to England, having accompanied William, Duke of Normandy, when the Conqueror invaded England in 1066; and his name appeared enrolled as the owner of lands in the County of Lancaster in 1069. Sir Hubertus settled there near the town of Chester and his descendants lived in Lancaster and in the Counties of York, Kent Hereford, Herford Gloucester, Somerset, Oxford and Surry. Many of these early descendants lived in or near the towns of Rochdale, Halifax, Sowerby, Ardsley, Bradford and Wakefield. The area is in the northwestern part of England near the present city of Liverpool. The Fields are not hard to trace in England as they have lived on or near the Sir Hubertus’ lands for 500 years and the records of them are abundant. They were the gentry, sheriffs, justices, etc.

The first Feild to arrive in this country was James born about 1604 in England and arrived in Virginia in 1624.

This information is from the record of all the Field family in America, (two volumes) by Fredrick Clifton Pierce, published 1901 by Hammond Press, WB. Conkley Company, Chicago. Mr. Pierce was commissioned to do this work by the late great merchant, Marshall Field, whose stores bear his name.